'Loqueesha’ Is Another Example Of Black Women Being Disrespected For Your Entertainment, And I’ve Had Enough

"Black women have been used for centuries, made to feel inferior to their white counterparts ..."

The above names represent a mere fraction of the many portraits of Black women that America has deemed “entertainment.”

First, let me preface my following thoughts by saying I am not a Hotep, I just have a lot of feelings. For as long as I can remember, women of color have been used, at their detriment, as nothing more than vehicles for delivering clever insults or comedic punch lines on television and in films. It became clear to me at an early age that America reveled in showcasing Black women as “Welfare Queens,” as former President Ronald Reagan so eloquently put it during his 1976 presidential campaign. If not filling the role of the loveable girl from the hood, they were placed in positions of power yet cursed with a weakness for men, thereby obliterating their ability to truly stand in their brilliance.

And this isn’t to say that we haven’t had some gems. (i.e. the women of Living Single, Girlfriends, Moesha, Sister, Sister, etc.) But there was always a very distinct difference between these women and those that I initially mentioned. Women of color were at the helm of the creative process of those gems, and in turn built very rich and three-dimensional characters that stayed with us long after production ended. However, when women of color are not at the table, our society tends to define the Black woman as loud, combative, impatient, insensitive. She is both entertaining and heartbreaking. Her piercing words are accompanied by a head roll, a click of the tongue, a snap of the finger or an exaggerated twirl of the skirt. And you can trust that she will always have a catchy one-liner to deliver, ultimately doomed to stain our memories via overused memes and gifs.

And with there already being so many false representations of African American women present within mainstream media today, you would think that I wouldn’t be shocked to come across one more.

While scrolling down my Twitter timeline, I recently had the displeasure of viewing the trailer for a film crassly entitled, Loqueesha. The image was aggressive, the message tone deaf and the intention absolutely deleterious to the Black community.

The image in question? 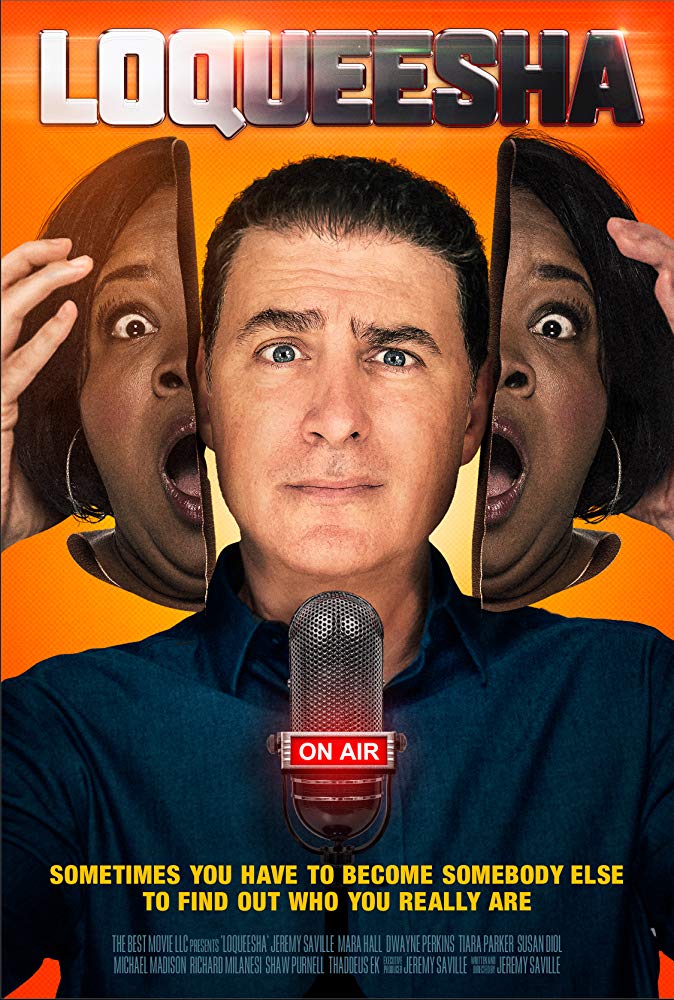 To me, this image says a mouthful without saying anything at all.

Black women have been used for centuries, made to feel inferior to their white counterparts, many of which use the culture of the Black community as their costume closets. Trends invented by Black women are regularly stolen and “augmented” by the white community, more specifically white women, and used as nothing more than a clout strategy. The “urban” look is deemed perfect for garnering likes and followers, then ultimately discarded when a new trend arises, or they grow tired of the big earrings and the jersey dresses. (Miley, what’s good?) The beauty of the Black woman has been exploited for decades, from Bo Derek’s infamous beaded braids to the racially ambiguous Instagram model’s lips and hips.

With that in mind, it was no surprise to me that a script like Loqueesha was written. From what I could stomach of the trailer, the film tells the story of a washed-up and middle-aged white man who finds success after abducting the identity of a Black woman for personal gain. Again, it came as no surprise that someone, most likely working from an off-off-Hollywood studio, would write something as tasteless as this.

The issue, however, was that it was greenlit for production, and ultimately for release. And whether or not this film actually makes its way to theaters, Loqueesha solidifies the fact that America is caught up in the rapture of Black women. It loves absolutely everything about the Black woman but the “Black.”

America worships the innate beauty of the Black woman: the uniqueness of their hair, the curves of their hips, the fullness of their lips, their effortlessly cool nature. However, their cunning, intellect, and intelligence falls by the wayside in the name of entertainment.

What I find so ironic about these facts is that many of the obstacles that Black women are forced to confront on daily basis are placed upon them by the very same society that warps their image and likeness for profit.

One could argue that Black women deal with enough unwarranted trauma. They don’t require a constant reminder, now or in the future, of how innately disrespected they are by a country they helped bring to fruition. But hey, what’s one more insult against a race of women that have been forced to swallow their hurt and smile for centuries?

So, my question for the world is this: When is coronation?

What Having Two Mothers Has Taught Me About Life