I moved to Brooklyn and recently found my new artsy family — a family who accepts me for my quirkiness and nonconformity, people who admire my work ethic and my individuality. It took me a long time to feel this way and it feels so good to not feel so misunderstood. All I ever wanted to do was say hello and genuinely let people know I’m a good person. I just wanted the girls to know I thought they were cool. 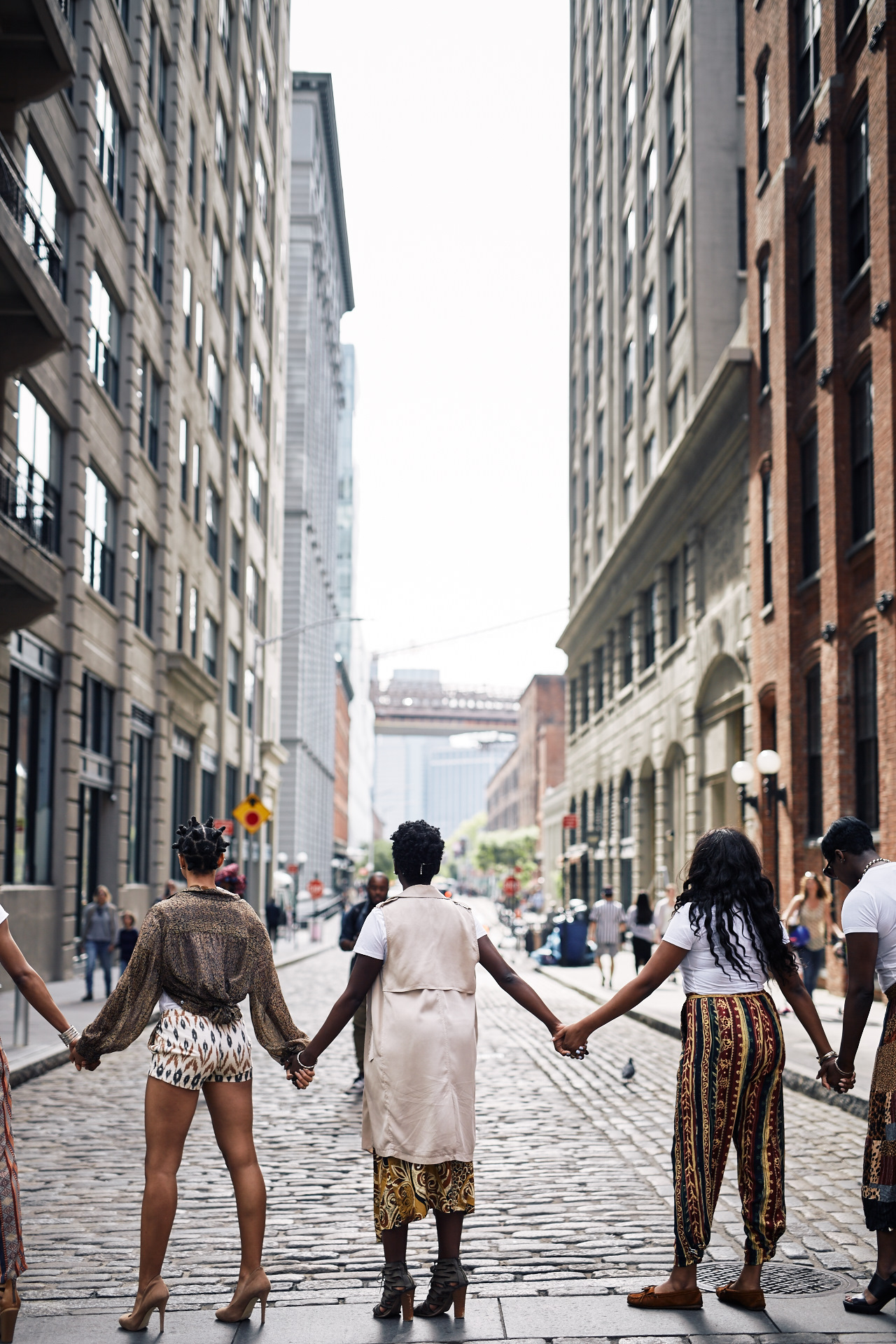 I will be 25 years old in a couple weeks and it took me a long time to realize I still deal with the same sh*t, such as other women not reciprocating my energy when I smile at them, hesitant to thank me for my random compliments. I shouldn’t feel anything is wrong with me. Now that I’m satisfied with the individual I’ve become and appreciate the woman I’ve evolved into, I've realized “it can’t be me.” It can’t be my light that is the issue. 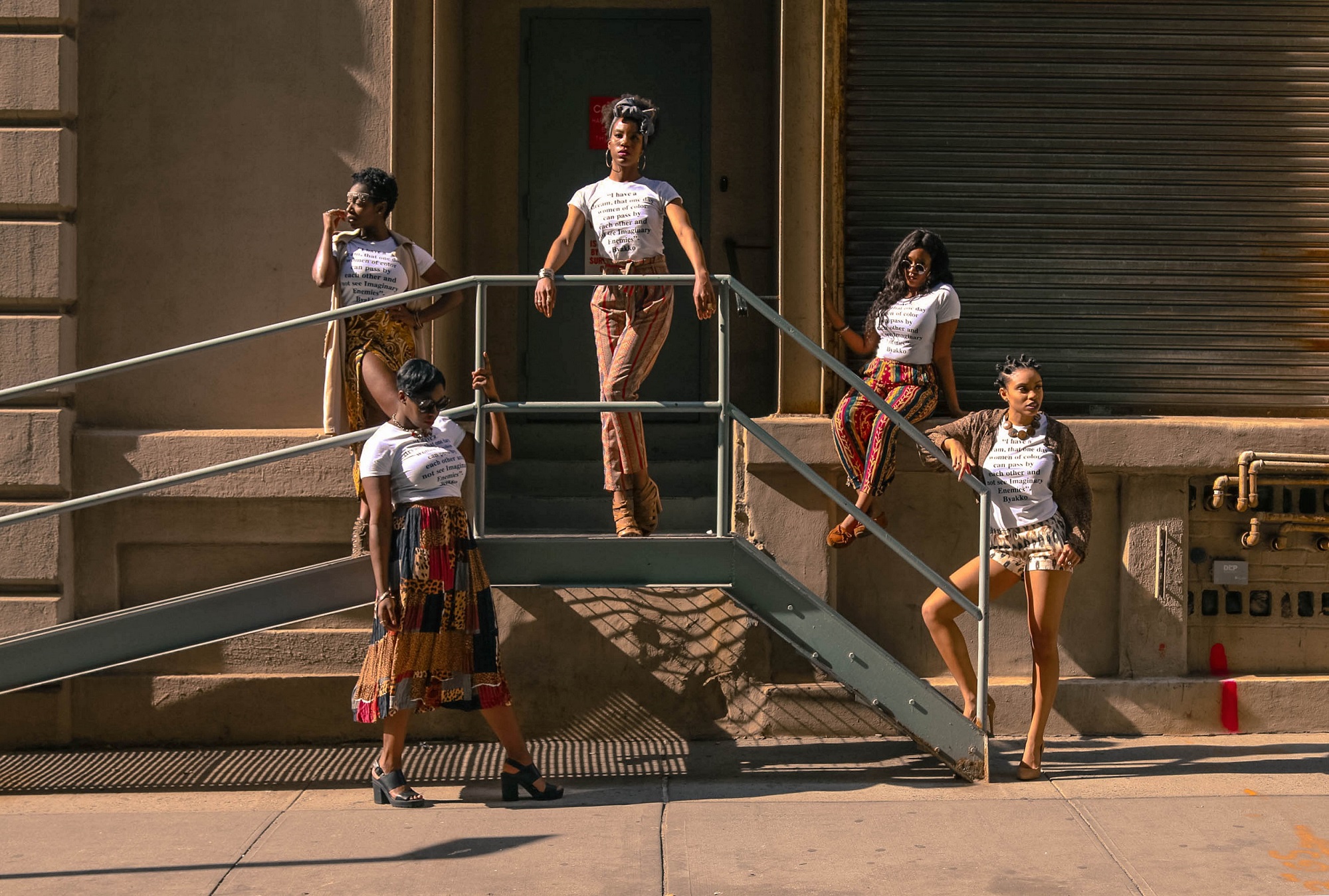 I met a poet named Tayllor Johnson with the pen name Byakko at an art showcase in Brooklyn. She had t-shirts set up at a vendor with quotes reading, “I have a dream, that one day, women of color can pass by each other and not see Imaginary Enemies” with a hashtag on the back #ImNotYourEnemy. I bought the shirt, creeped on her Instagram, befriended her and thought that as a black artist and black woman, it is my responsibility to bring her vision to life. 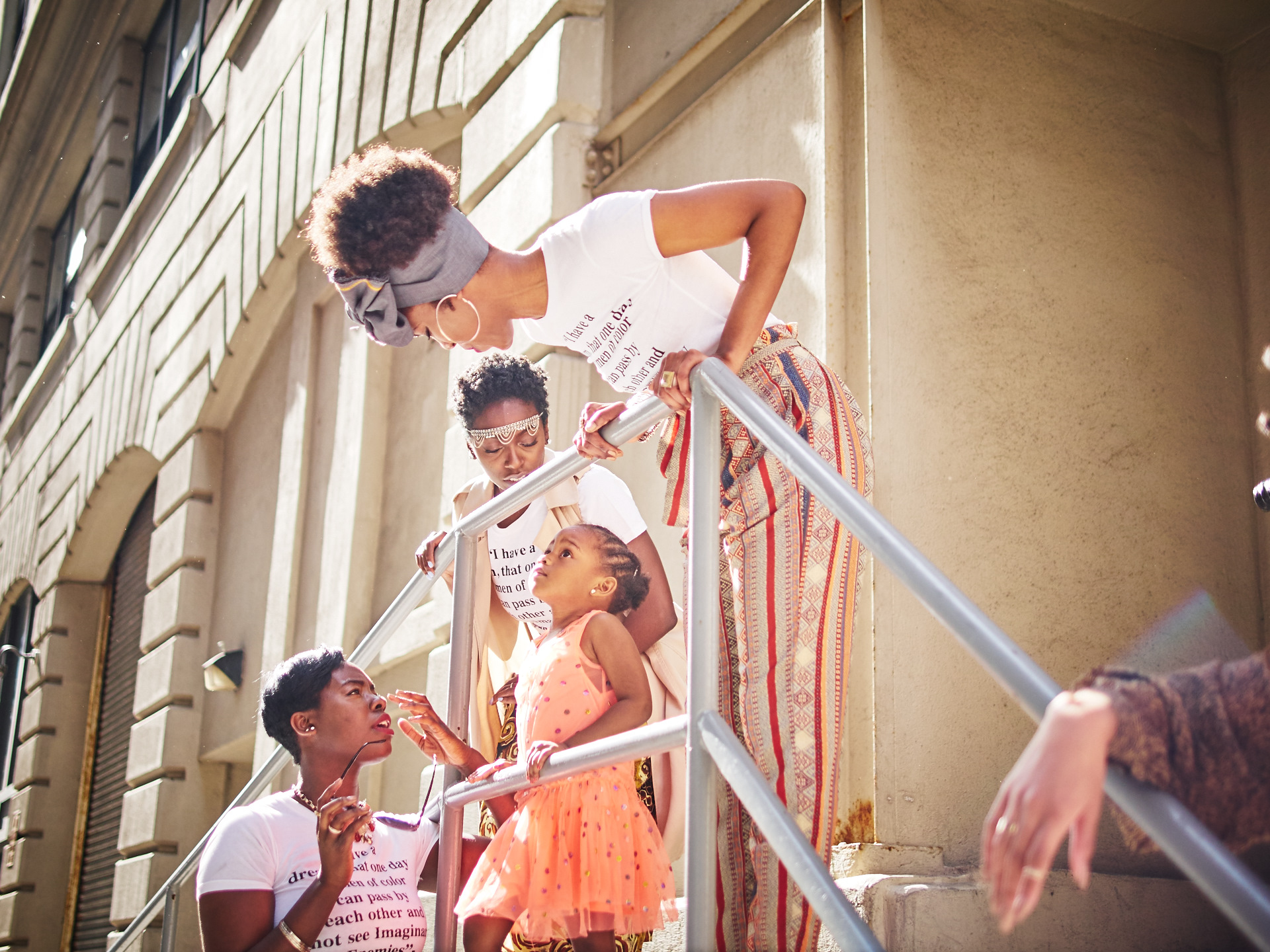 With that, I implemented a photo series entitled, "Jumping Colors II: #ImNotYourEnemy." The idea behind the project was to empower love among black women and start a sisterhood movement. The project comprised of five women who wore Byakko’s t-shirts with an accompanied indie-styled bottom. The official photo series of the project can be found here. All images were edited by myself. 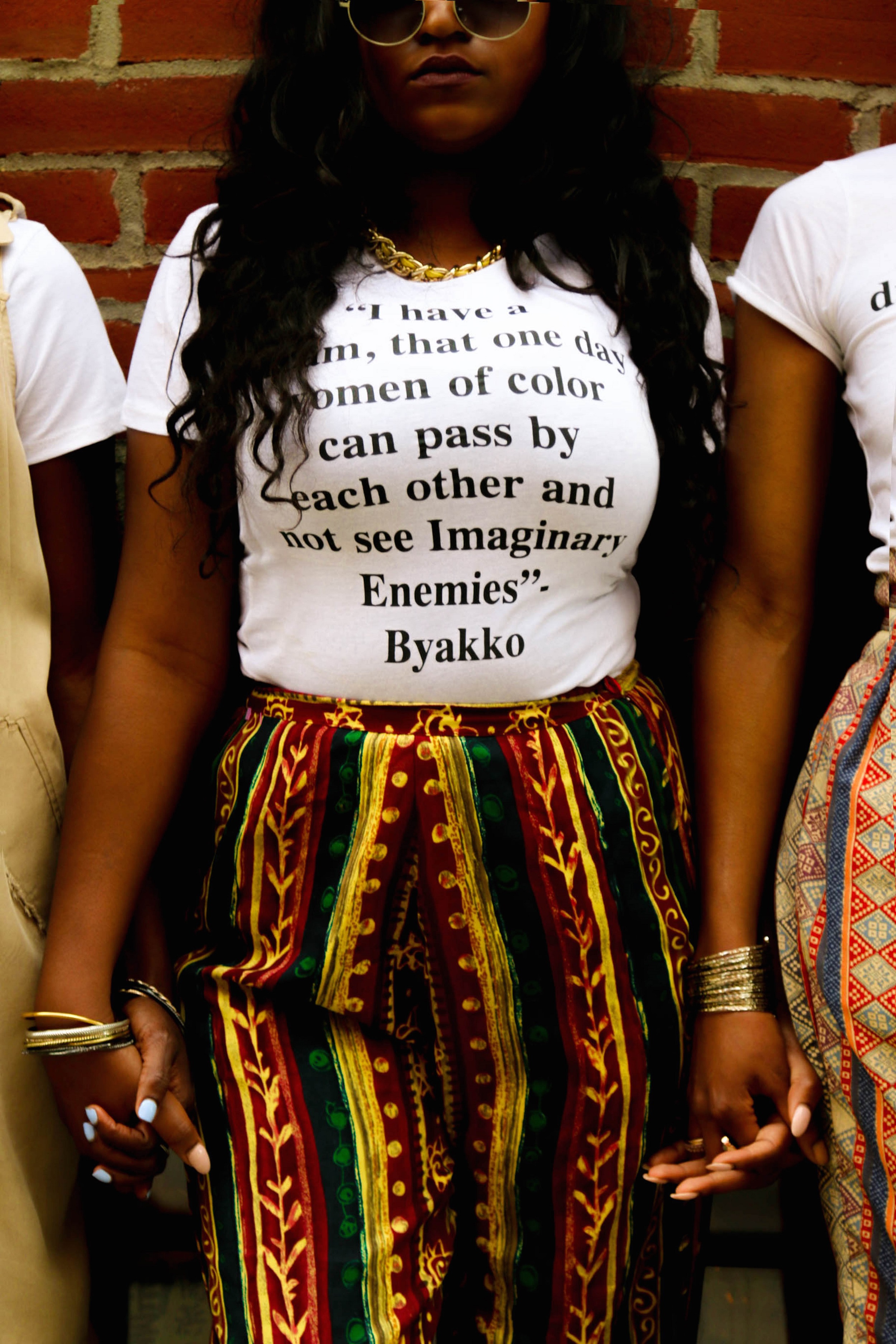 Nyasha Cooper. Photo: Ryan McCaulsky/edited by Amanda Moore-Karim I personally consider myself an extremely friendly person, and I have so much love to give. All my life I’ve tried to share my love with other women and was occasionally rejected. Byakko’s movement hit home for me and I felt it was necessary to help her start the conversation. This is a movement my team and I want to share with the rest of the community: To enrich the synergy among my black sisters and to always remember #ImNotYourEnemy. 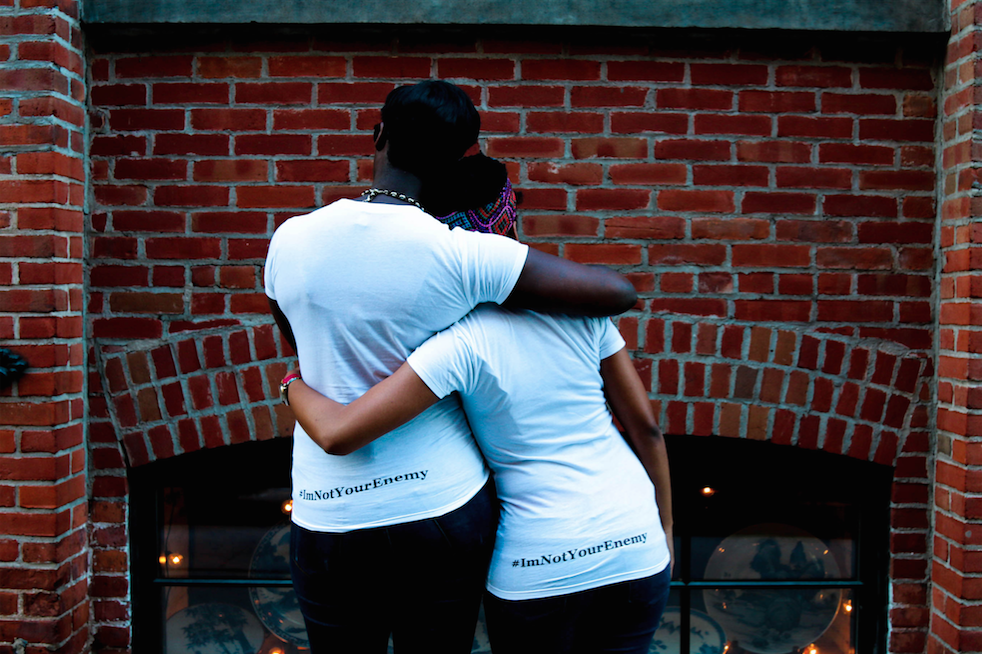