The College Athletes Bill of Rights will provide necessary protections against the NCAA’s physical, economic and academic exploitation of Black college athletes.

We all love March Madness. Even with COVID-19, it's exciting to watch the games at home, in head-to-toe team gear, while some of the best college athletes in the country compete. We cheer when they shoot and score; we host watch parties and stay glued to our TVs. And behind the scenes, everyone makes money off the massive event — except the players themselves.

There’s an endless amount of fanfare and tradition around March Madness, but this yearly celebration dismisses the livelihood of the very people who make this happen — Black college athletes who are exploited by the NCAA. NCAA corporate sponsors need to get off the sidelines and be champions for Black college athletes.

Tell Capital One, Coca-Cola and AT&T to endorse the College Athletes Bill of Rights!

During March Madness, the National Collegiate Athletic Association (NCAA) brings in hundreds of millions of dollars in revenue off of the unpaid labor of Black college athletes. And this year it’s doing so during a pandemic. Despite many universities remaining closed to students for the year, college coaches have summoned the predominantly Black basketball athletes back to campus, increasingly exposing them to the deadly coronavirus without adequate health protections.

While Black college athletes are being treated as essential workers without pay, the NCAA staff, corporate sponsors, schools and university coaches continue to line their pockets with multimillion-dollar salaries. 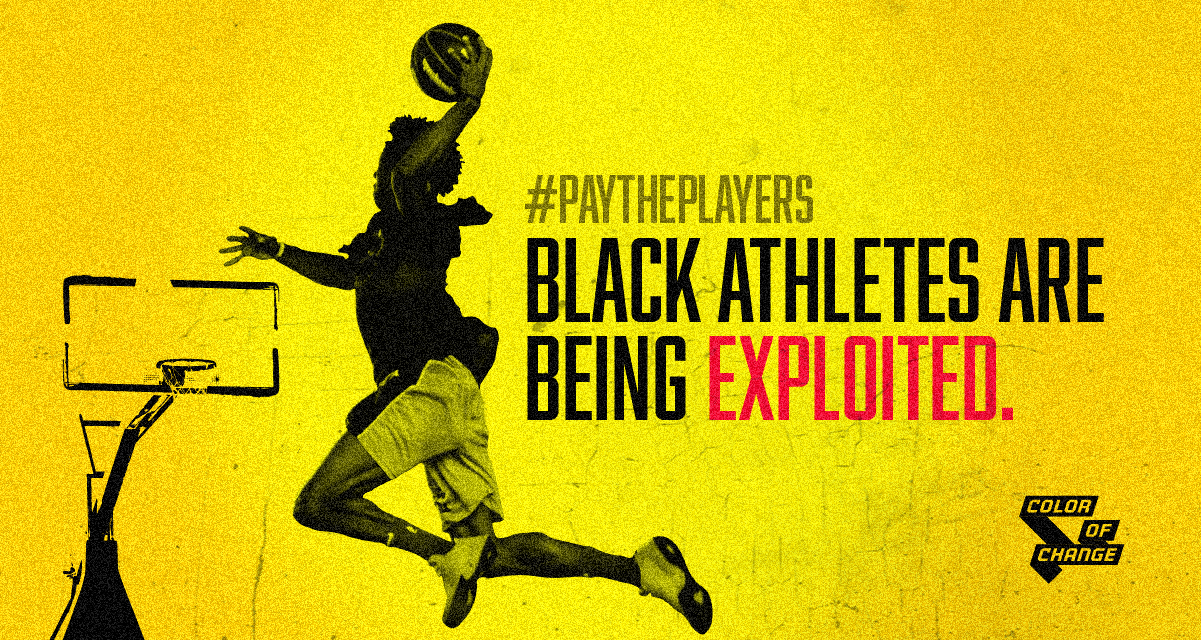 Now, after years of fighting against the NCAA’s outdated and racist rules, we have federal legislation in Congress that can turn the collegiate sports industrial complex on its head. The College Athletes Bill of Rights will provide necessary protections against the NCAA’s physical, economic and academic exploitation of Black college athletes. Written by Senator Cory Booker — a former college athlete himself — this bill is a potential game-changer for college athletes across the country.

The College Athletes Bill of Rights is a landmark bill that will allow for fair and equitable compensation, enforceable evidence-based health, safety and wellness standards, and improved educational outcomes and opportunities. It would also establish a commission on college athletics as well as a medical trust fund, which would be established to cover out-of-pocket medical expenses and provide health care coverage for student-athletes up to five years following their eligibility. In addition, the bill would ensure accountability across college sports and provide freedom for college athletes to attend the institution of their choice.

For decades, the NCAA and its plethora of corporate sponsors have profited from a racist and exploitative system that continues to strip college athletes of their right to fair compensation for their labor. Many of these same corporations have made statements in support of racial justice, and now we need them to take action and put real power behind their words. The NCAA’s corporate sponsors — including AT&T, Coca-Cola and Capital One — need to end the systemic exploitation of Black college athletes by endorsing this Bill of Rights.

Tell Capital One, Coca-Cola and AT&T to endorse the College Athletes Bill of Rights!

According to a recent study by the National Bureau of Economic Research, the top NCAA Division 1 schools earn approximately $8.5 billion in annual revenue, with 58% of that revenue coming directly from men’s football and men’s basketball programs. Of the revenue generated by those two sports, less than 7% goes to its athletes in the form of scholarships and stipends for living expenses. 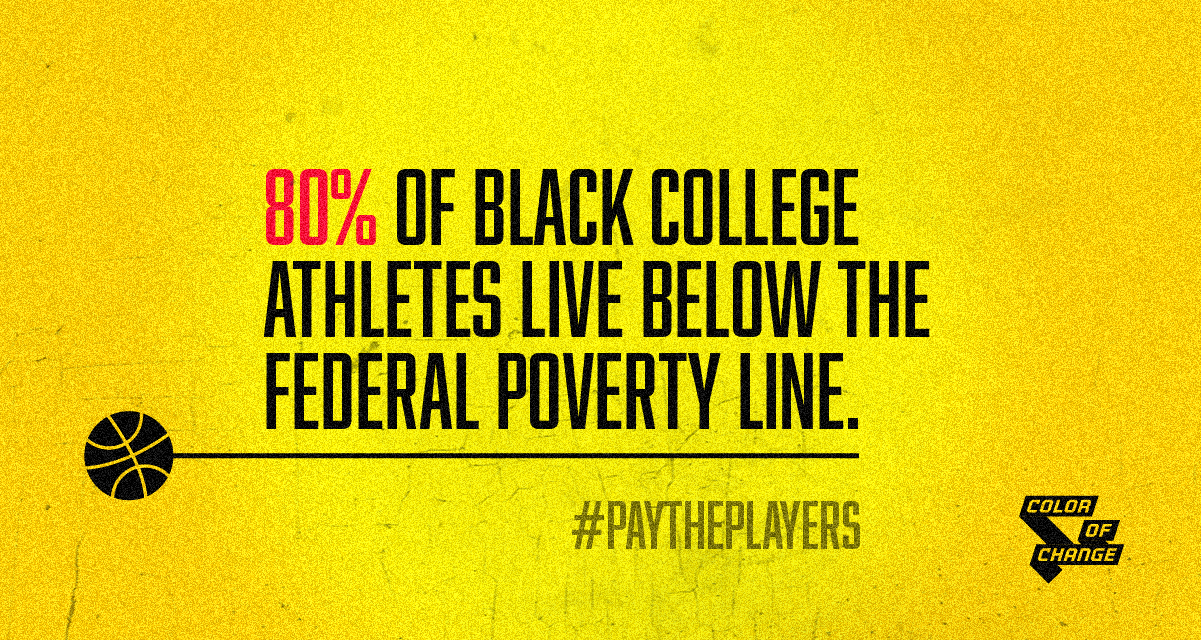 While many of these Black athletes struggle to pay for room and board or lack sufficient money for food, the NCAA criminalizes athletes who receive any gifts or financial compensation for their work. And because of the rigorous demands that the NCAA places on Black athletes to generate revenue, many find it impossible to earn a degree or even work a part-time job while they play.

This is beyond madness.