"Heist" is an honest look at race relations, in light of the political climate, from the voice of a tired black woman in America.

From the moment the music commences, there is a topsy-turvy record player looping a suspenseful four-note melody over a medieval organ. Within the first four seconds, we are hanging with anticipation wondering where the song will go.

The volume amplifies slowly for eight measures, then the snares kick in, immediately followed by Shani B.'s rapid tempo voice that illuminates the metaphoric night backdrop. The drums are slapping rhythmically and most heads will start bobbing once they fire into motion. Shani’s flow is crisp, confident, conversational.

Story of Shani B.

A new face in the music industry, Shani B. has been working on several new projects in 2018 since building an underground fan following in her hometown of Boston. She started at the roots, where there is no glitz or glamor or luck, where respect is earned on merit and mastery of the craft.

After two years since the release of her debut mixtape, Mixed Signals, Shani B. launched "Heist." "Heist" is an honest look at race relations, in light of the political climate, from the voice of a tired black woman in America.

Once the bass starts thudding, it's a hit.

The only thing rivaling Shani’s tempo and percussion is her testimony and pen game.

All in the first verse, she touches on several dimensions of race relations, including political pandering, exploitation, barriers to college, the War on Drugs and suppression of black natural hair. She raps, "Look it up / Google is free / Why does all the black history gotta come from me?"

She challenges listeners to research the true black history, instead of only relying on the limited whitewashed sources.

With such a unique style and resonating message, I had to take a closer look at Shani B.

It was even more fascinating to me that Shani B grew up in the same Boston metropolitan area where I attended school. Though it was the same area, we lived two different realities. I studied and lived in Cambridge, MA on Memorial Drive with the view of the glistening Boston Skyline from my privileged white institution, Massachusetts Institute of Technology (MIT).

But somewhere past the Skyline, in the outer edges of Boston, is where Shani grew up. Her urban upbringing gave her a perspective from the streets. You can hear the edge and toughness she developed manifesting in her voice. Combining her command of language, flow, and perspective allows her to be a voice for the voiceless.

When the chorus sounds, Shani spits, “Put it in the bag, homie / Yeah, we taking back everything!”

It's a double entendre. The prejudiced stereotype of African Americans robbing people, saying, “put it in the bag,” is contrasted with Shani’s demand for equality and dignity being returned to black people.

She continues to say, “It's the fact that everything we make y'all bite / Like damn, y'all got quite an appetite for black culture / No wonder they call you a vulture / killin' all the natives / tryna poison their water.”

With those words, Shani alludes to how pop culture appropriates and preys on black culture, but has very little to say about black lives when murders happen across the country and city-wide poisoning is occurring, like in Flint, Michigan.

Heist's last line ends powerfully as Shani warns, “Addition gotta alter the equation / I ain't leaving 'til u give me reparations.”

Black people have been systematically denied opportunities, dignity and even identity. To give reparations could not only acknowledge the institutions did wrong, but also balance the equation by adding back to black people, returning what was stolen. Shani has no intent of leaving until that is done.

Shani slowly stands from a crouch, emerging from the underground into the bright green limelight. Her look is pensive, but confident, ready to not only speak, but to lead. There's a new "B" in town, and it is only a matter of time before you will see her selling out arenas with crowds singing along with her: “Put it in the bag, homie / Yeah, we taking back everything!” 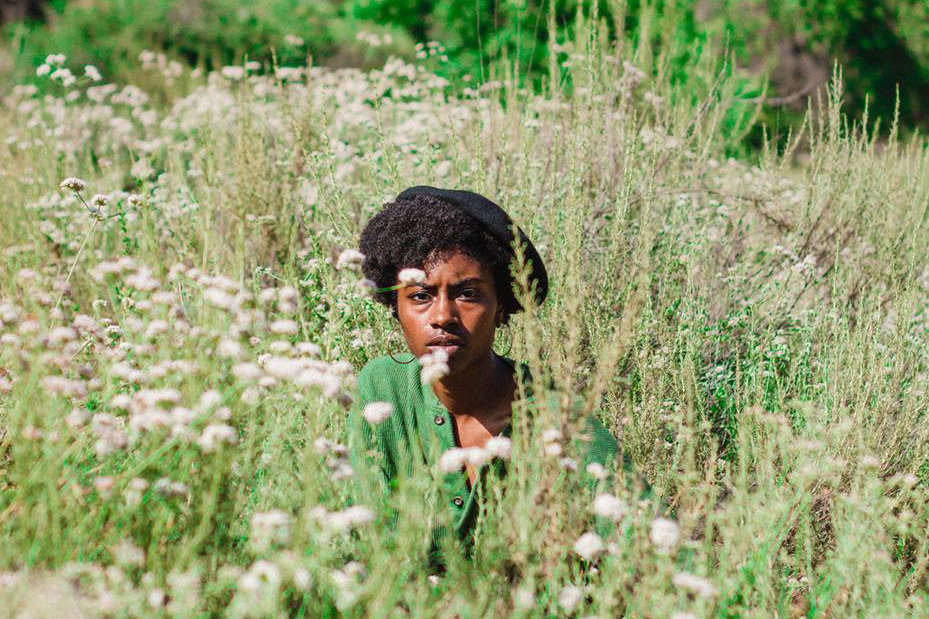