Emma Hallberg claims she never tried to convince anyone she was Black.

Update (November 27, 2018):  Swedish influencer Emma Hallberg posted a series of receipts on Instagram to prove she isn’t “blackfishing” her followers.

Hallberg posted the receipts in an Instagram story titled “LET ME EXPLAIN,” as noted by People Magazine. In the story, she provided what she believes is proof she doesn’t present as a different race. 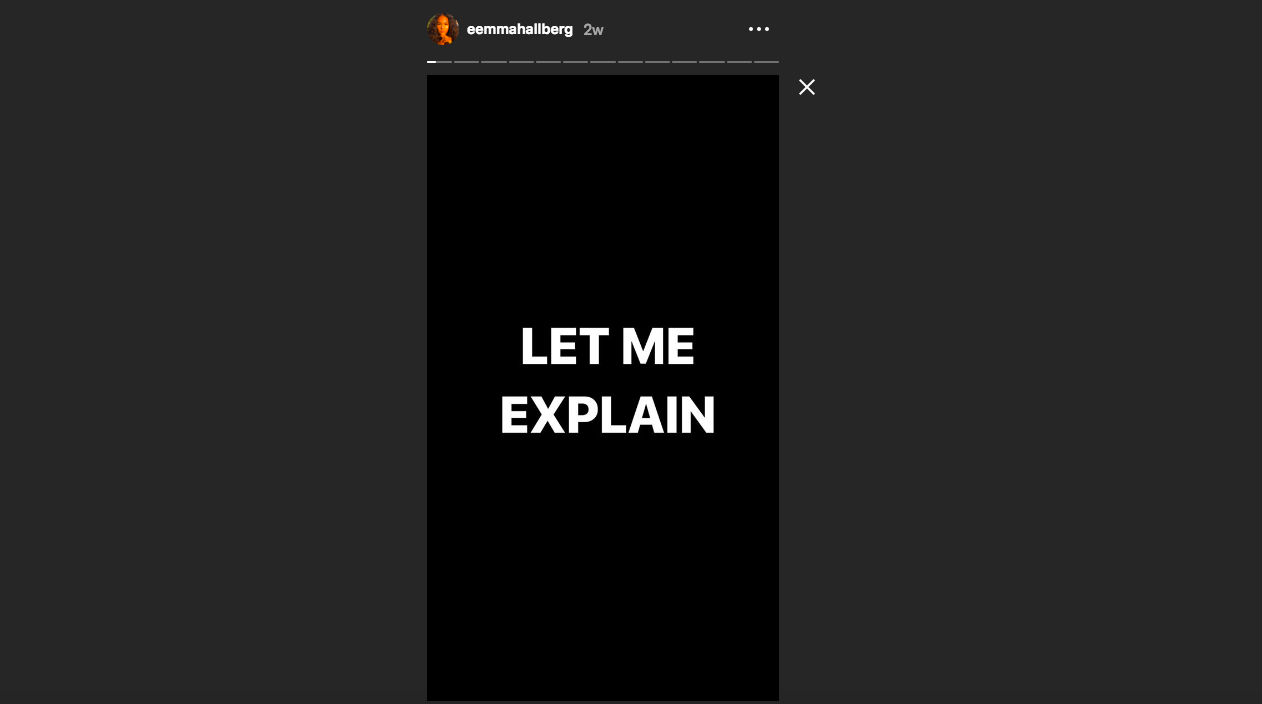 "You’ve probably seen these two pictures besides [sic] each other all over Instagram, Twitter and Facebook, where they are called the ‘before & after," Hallberg wrote, referring to a viral side-by-side graphic showing her with lighter skin on one side and darker skin on the other.

"The left picture was taken two years ago right before summer with barely any makeup and my hair straightened,” she said. 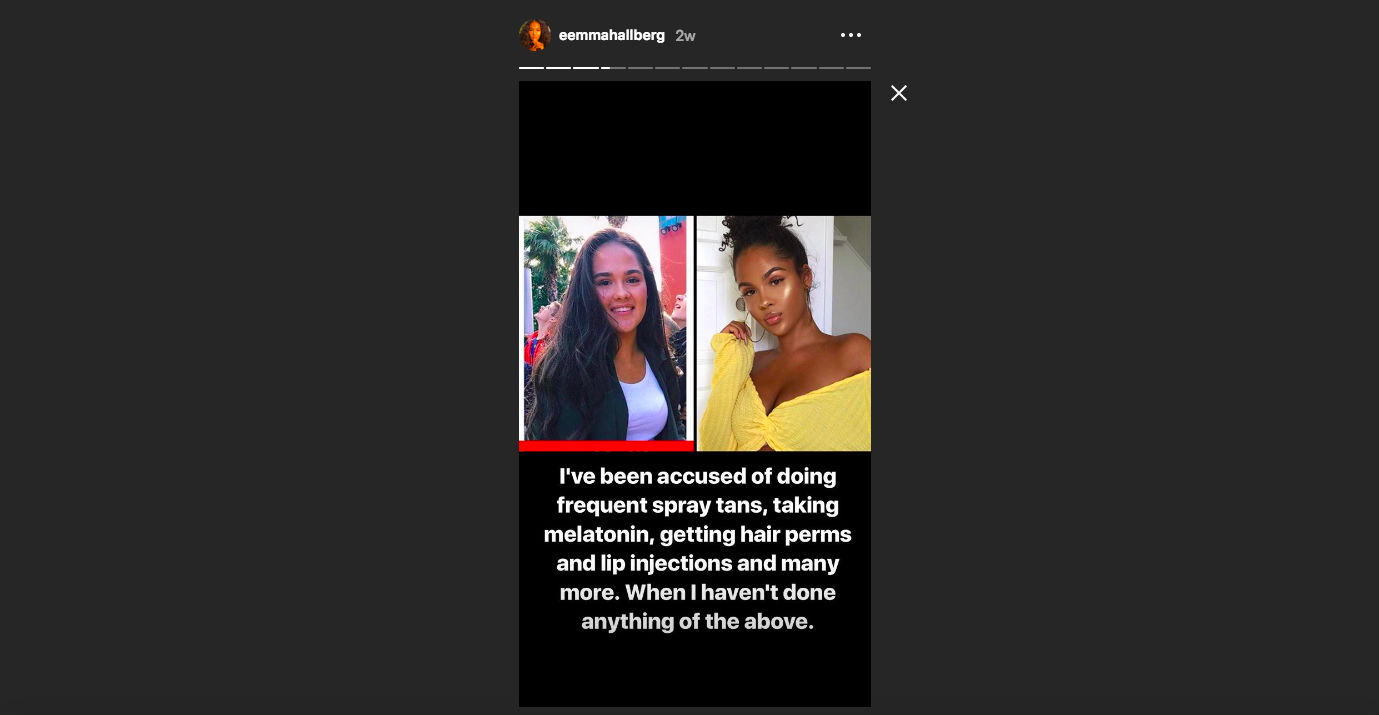 “I’ve been accused of doing frequent spray tans, taking melatonin, getting hair perms and lip injections and many more. When I haven’t done anything of the above,” the model continued.

The 19-year-old blamed her dark skin on the sun and said she used darker foundation on her face to match the rest of her body. Hallberg posted a picture of her dad and brother to show how they tanned and a video of her mother to explain her hair texture. She also posted baby pictures of herself to show off her natural curls. 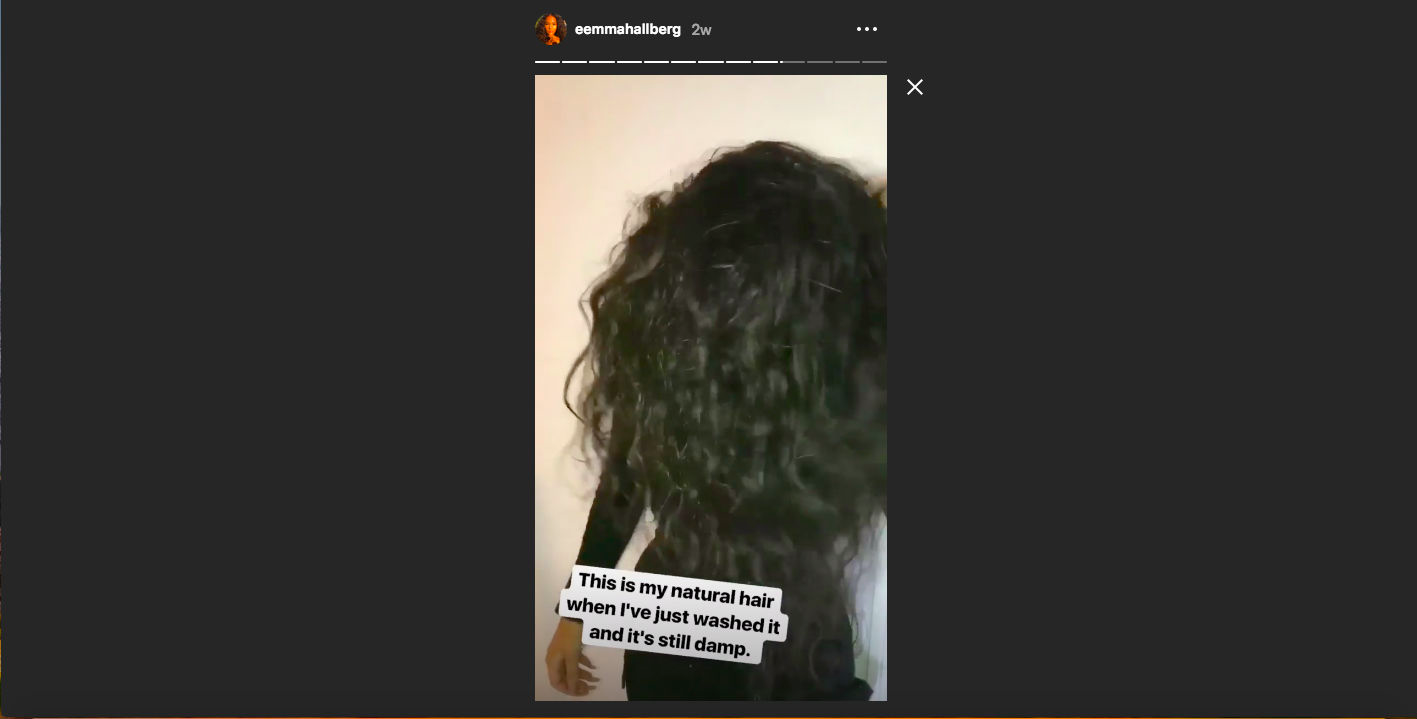 “I do not get my sponsorships, work opportunities and collaborations because of the color of my skin. I get it because of the way I style my clothes and create makeup looks,” she concluded.

Original: Everybody wanna be Black.

One of the social models featured, a white 19-year-old named Emma Hallberg, opened up about her online portrayal, telling one user that she is white and ‘never claimed to be anything else.’

In an interview with BuzzFeed News, Hallberg claimed she never uses self-tanners or spray tans.

“I do not see myself as anything else than white,” Hallberg said. “I get a deep tan naturally from the sun.”

However, in makeup tutorial videos, Hallberg is seen throwing shade matching to the wind and using a foundation that is far darker than her skin tone, leading some to question whether this trend qualifies as blackface.

To further make her case against never identifying as Black or purposefully leading others to believe she is, the teen cited photos from 2017 – where she appears fairly lighter – and said she has the same tan as then, and her color comes from the sun.

“The only difference is that I didn’t post as many pictures that summer compared to this summer because I didn’t have as many followers then as I do now,” she added.

“It made me sad that some of my natural features are hurting and upsetting people,” Hallberg continued. “It also made me upset and scared that I can’t look the way I look naturally, without receiving false accusations, hate and threats.”

It's not your face, dear. It's the whole foundation as blackface thing that's presenting an issue.

Black Twitter’s Had It With Beauty Bloggers’ Blackface Posts, Drags Latest Blackface Blogger Within Inch Of Her Life