"When we hear those magic words 'you next' from the barber, it means we are about to be transformed," Johnson said.

Photographer Antonio Johnson, 30, is on a mission to capture the essence of one of America's oldest African American cultural institutes — the barbershop.

Johnson launched the "You Next" project, which serves a photogenic journey of Black barbershops across the country including cities such as New York, Philly, D.C., Detroit, New Orleans, Atlanta and Chicago.

"When we hear those magic words 'you next' from the barber, it means we are about to be transformed," Johnson said in a video for the project.

From a young age, Johnson understood the pivotal role that barbershops played in the Black community. His work reflects the generational impact that barbershops can have in the lives of Black men and women.

"The biggest inspiration for this project would be my [late] uncle," he told Blavity. "He was a barber when I was a kid. It was a very special relationship. He was my reference point for what I thought was cool, fashionable, dope and unique."

For Johnson, whose dad owns a barbershop, the place was also experienced as a safe haven.

"I would go with him on the weekends," he said. "It's a very special place too, because I would get this unique perspective of who my dad was outside of just being my father. There was this huge community component that the shop had — it inspired me to think a lot about what community means and what it really looks like." 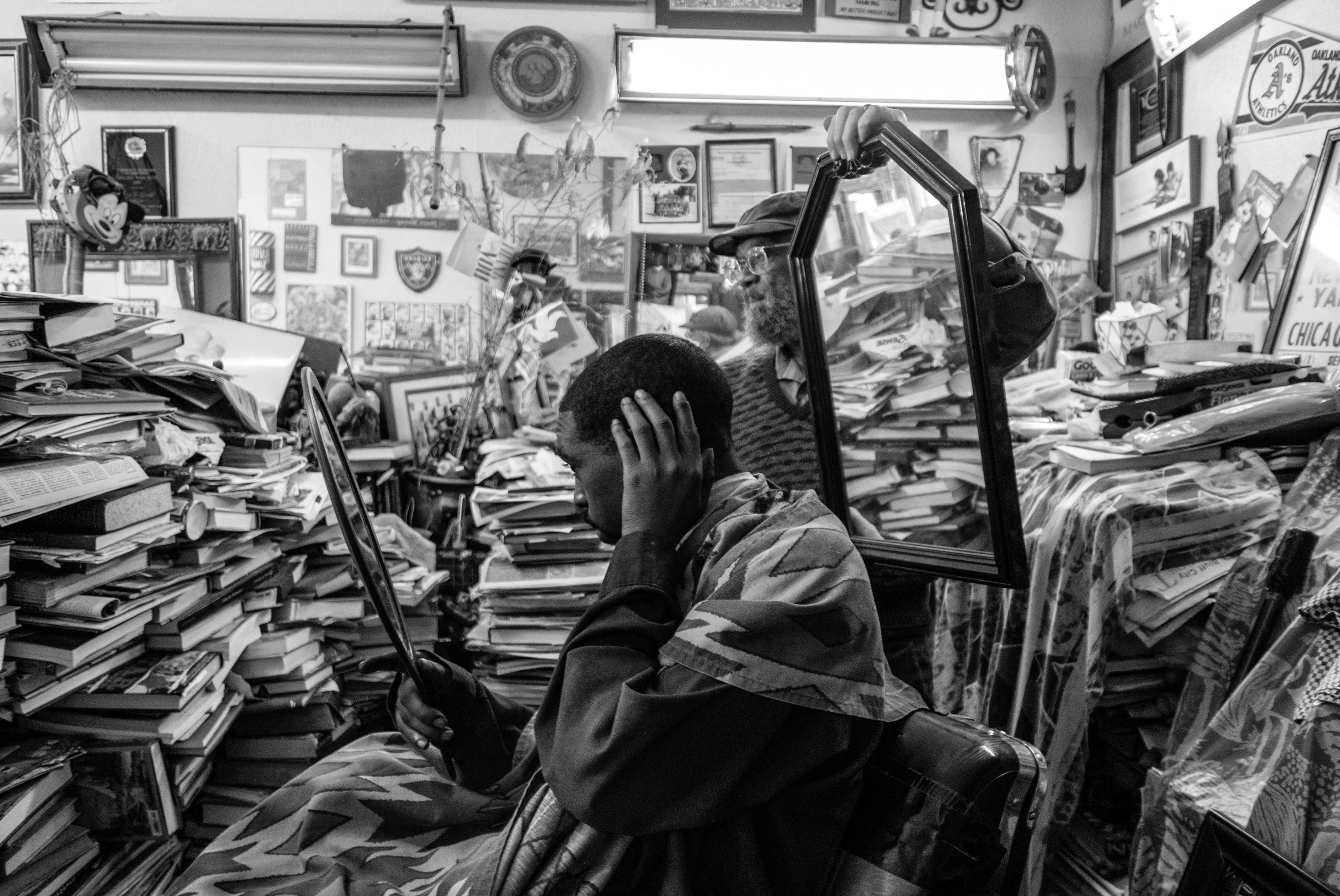 "There is no place like it," he said. "It's one of the oldest cultures institutes we have in this country besides HBCUs and the church. The barbershops are a site of uplift."

"It was an underground railroad stop for some people," he went on to explain. "Earning money from barbering allowed some to send their families to different cities and help family members buy freedom."

This project for Johnson has been a journey in his personal life, as well. After resigning from his corporate job in New York to pursue photography full time, he successfully exceeded a $10,000 goal on Kickstarter to help fund the project. He was able to fundraise $11,699 for the "You Next" project.

"This project came together through the help of my own community. This project is intimate, honest and timeless," he said.

Johnson's passion for this project goes beyond capturing cool haircuts. One of his goals is to showcase all of the "infinite possibilities " that barbershops have. Barbershops are not only a place for grooming, but in most communities serve as a place where men can learn about health, wellness and participate in the democratic process.

"Barbershops are now helping guys detect early signs of high blood pressure and hypertension. There are also places where polling centers have closed, but the barbershop remains [open], so people can go to the barbershop to vote. That's a huge significance," he told Blavity. 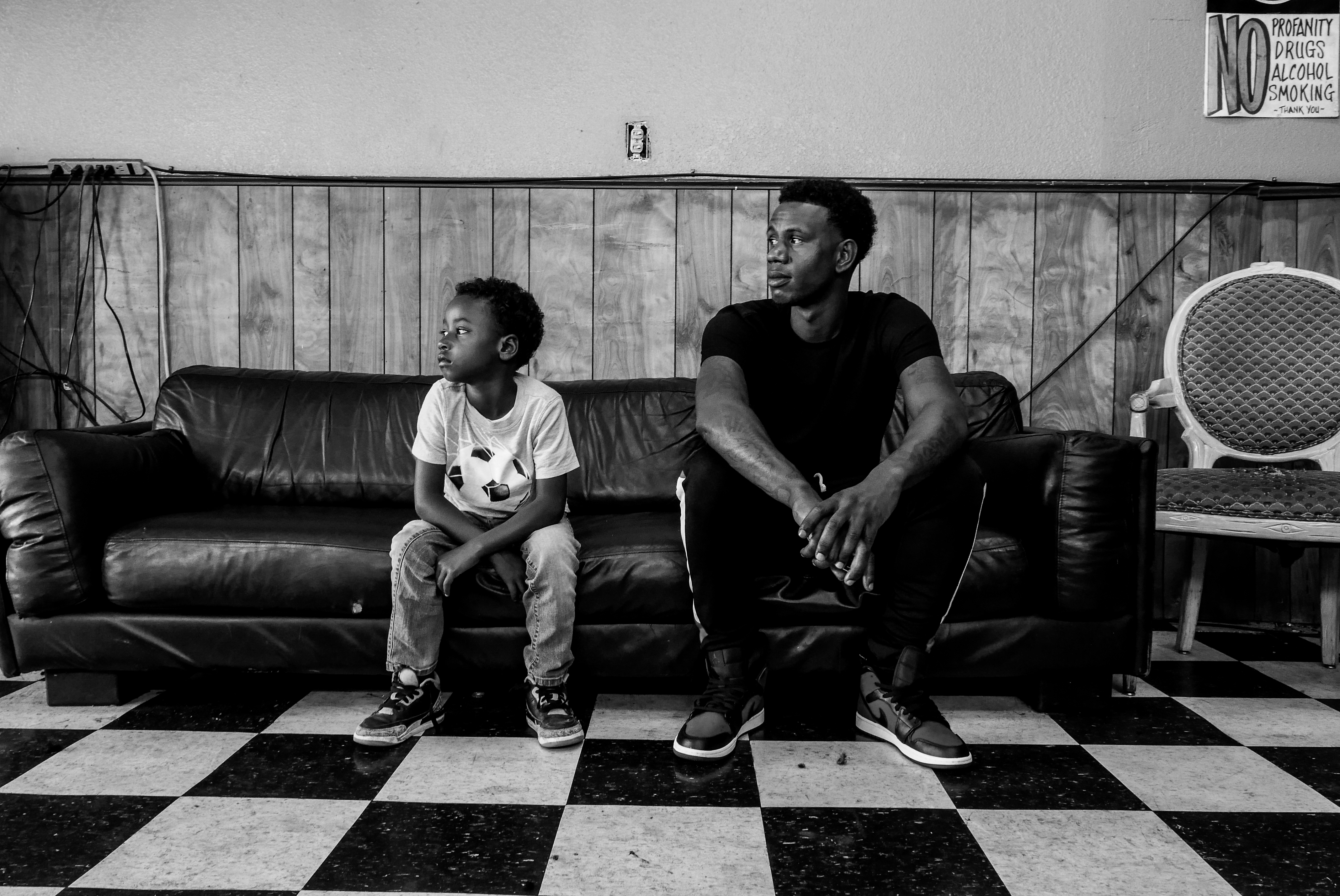 In addition, Johnson did not shy away from critiquing barbershops and was aware of the multiple experiences that Black men can have when navigating a barbershop.

"While the barbershop is great for all of those things, for some people, it can be scary," he said. "It can be a difficult place to navigate, because some people are homophobic. A lot of gay men may not have an opportunity to feel like their authentic selves at a barbershop. There is a lot of respectability politics."

"We really have to find ways to combat that, and I hope that with this project that people can find that possibility," he said. 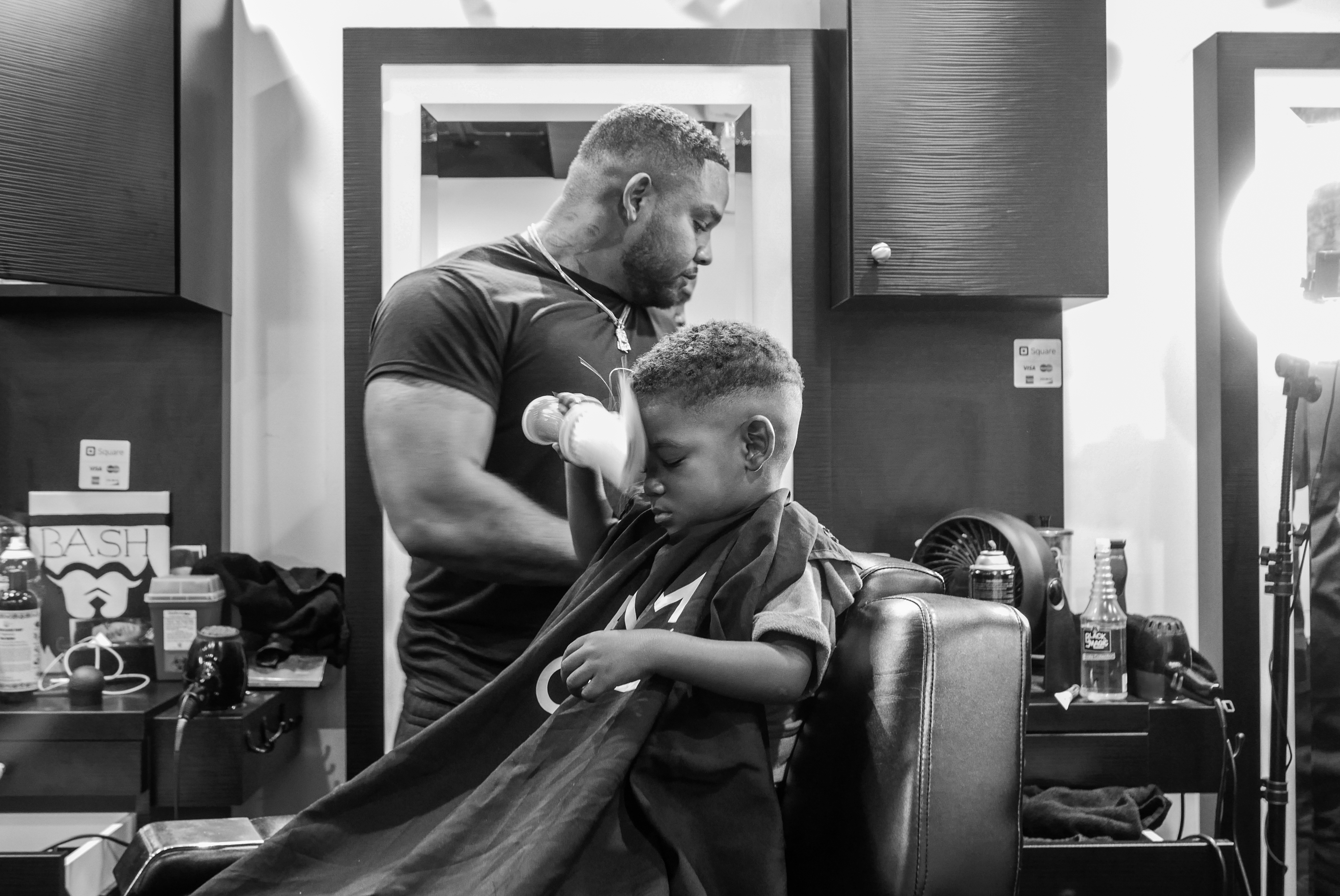 Through traveling to the different barber shops, Johnson has had defining experiences. Such as meeting Dr. Martin Luther King Jr's barber in Montgomery, Alabama, to sitting down with former president Barack Obama's barber in Chicago.

"We chatted about the importance of Black men investing in each other. It was a special moment," Johnson said.

He also stressed that the project's focal point is telling the stories of Black men in America.

"I talked to fathers, husbands and brothers about what it means to be a Black man in America, and about what the barber shop did for them," he said. "The reaction has been great, because they've been really interested in sharing their stories."

Johnson did a lot of research before the project, and said the barbershop community on Instagram is massive. He added that he would travel and explore towns and stumble upon barbershops. Additionally, he found many barbershops by word-of-mouth and recommendations from friends.

Now on view via his online gallery, the “You Next” photo project is just the beginning. He plans to have pop up shows across America at the different barbershops he initially photographed. Furthermore, he plans of extending the project into a photo book that will feature Black writers covering topics that range from fatherhood to navigating America as a Black man.

However, Johnson claimed that no matter where he goes, all of these barbershops have one thing in common. "They are all full of potential,” he said. “They all have the opportunity to impact lives."

Black Women's Safety At The Barbershop: Why Accountability Is Pro-Black

Barbershop Billionaires: How Three Guys Are Shaping Up An Old Industry