All white, all right?

With a record number of women who have entered legislative seats in 2019, these newcomers used their tickets to the State of the Union to protest against Trump’s address. The newly elected and career lawmakers wore white to the State of the Union as a sign of solidarity for women and all the issues that they plan to work towards in their elected terms. The all-white outfits also paid homage to this year’s 100th anniversary of the 19th Amendment that was passed to allow white women to vote. White women during the suffrage movement used white dresses as a visual statement to grab the public’s attention while remaining in the forced entrapment of peaceful protest. This strategic tactic has been done by many female politicians from Hilary Clinton at her 2016 Democratic presidential nomination to Shirley Chisholm at her congressional swear-in as a way of showing solidarity for the continued fight for women’s issues and wade off any suspicions of political noncompliance. But saluting women by recognizing the women’s suffrage movement in a nationally publicized political event reminds us how easy it is to forget the meaning of intersectionality when it comes to women’s rights. 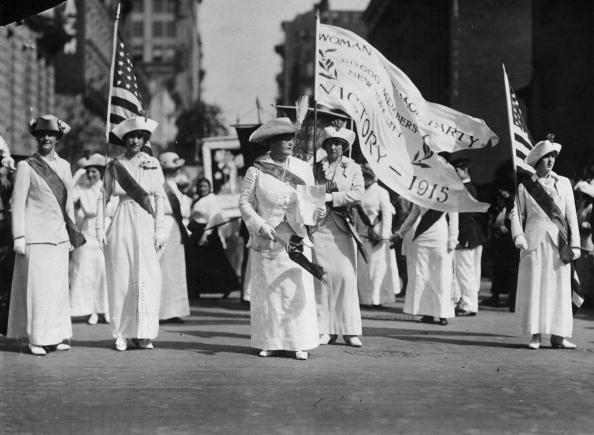 By remembering the women’s suffrage movement, lawmakers are intentionally forgetting the white supremacy that led white women to put their right to vote above all other women in the first place. Wearing white in the name of the white suffrage movement only condones all of Trump’s embrace of white supremacy and disrespect for women in the White House. It complements the political conformity that refuses to acknowledge the power it has in regulating white comfort and dominance. It also doesn’t include the differences between the issues that white and non-white women face when it comes to women’s experiences in this oppressive society. Wearing a solid color is a popular move within white feminism. It’s the perfect way to show action without really doing much. White women have their white privilege to fall back on when they face backlash for their “solidarity”. It also allows them to be viewed as non-threatening and removes any harsh consequences they may face for their political protests. However, non-white people do not get those chances. When they are left out of the protest, they are also left out of any sense of allyship and get quickly reminded that they are not equal to white women when it comes time to reap the benefits.

A few Black female politicians acknowledged this exclusion in their all-white outfits at Trump’s address by wearing kente cloth to represent the Black women who were neglected in these suffrage movements. For example, Ayanna Pressley tweeted a photo of her white outfit and kente cloth and wrote, “Tonight, I honor women like #AlicePaul who led the movement & women like#idaB who were excluded from it.”

The women of the #116th were asked to wear white tonight in tribute to the #suffragetes Tonight, I honor women like #AlicePaul who led the movement & women like #IdaB who were excluded from it. Kente cloth & the color white. Holding space for both #womanists & #feminists, always. pic.twitter.com/kaPQGb65Et

The exclusion of non-white women from the fight for women must be addressed if we want to advance women’s rights towards the right direction within the political sphere. Kente cloth is a small piece to bringing attention to the Black women that were left behind. But female lawmakers must know moving forward that in order to protest Trump, hard political action must be taken to strike him down. A more effective strategy for women’s rights is yielding the power of the political seat to directly draw up legislation that will fix these disparities while organizing among female politicians to bring these laws into effect. The record number of diverse women in political office can do that together without having to wear white. Female constituents don’t need a colored and coordinated outfit to know that their rights are being fought for. They need to be included in the discussions made at the legislative table and to be shown that female politicians will have their backs when they face opposition in their pursuit. They need to know that black queer feminism will be centered in political strategy so that solidarity can be exercised. Until the women’s movement can bring along all women of all identities, it will be a long time before we see any political change coming our way.

Maxine Waters On The State Of The Black Union

Why Black Millennials Had Zero Time For Trump's SOTU Address